Former Dunfermline star Skerla is his nation’s most-capped player, with 84 between 1996 and 2011.

But Skerla warned Scotland they will be no pushovers on Saturday.

He told SunSport: “Edgaras is the greatest player our country has produced. He won the Uefa Cup and Champions League with FC Porto.

“He played under Jose Mourinho and he had more success during his career than any other Lithuanian.

“As national coach, he commands the respect of everyone in the country and you can see the reaction he is getting from the players.

“They listen to him and they are working as hard as they possibly can for Edgaras. They are giving everything.

“You can see from our results that it is working. We are very optimistic for the future.

“We are improving all the time. In the last two games, we have drawn with Poland and Slovenia, so the team is making progress.

“It doesn’t matter what nation we are playing this week — this Lithuania team will have belief.

“A lot of that is down to Edgaras and I expect him to become a really successful manager in the future.

“I understand why people expect Scotland to win on Saturday night. They have more experienced players who are with clubs at a high level.

“You don’t play in the English Premier League, or with Celtic and Rangers, unless you have quality.

“They are favourites but I don’t believe it will be easy for Scotland at Hampden. I am confident Lithuania will put up a real fight.

“Nobody expects anything from us in Glasgow but it’s one game and anything can happen.

“There are a lot of talented young players in the squad now and the future is bright for the national team.

“Scotland haven’t qualified for a tournament for a long time and we have never reached a major finals.

“But why can’t that change one day? We know this World Cup group is tough but under Edgaras we can challenge in the future.

“We have talent, we have spirit and over the next few years they can keep developing and achieve something.

“In maybe two or four years down the line, but I’m confident Lithuania will continue to improve.”

Skerla, 39, played in several of the eight Scotland-Lithuania matches to date — with the Baltic nation winning just one.

Jankauskas will be without top striker Lukas Spalvis after the Sporting Lisbon star suffered a serious knee injury.

But Skerla, now No 2 at Zalgiris, doesn’t expect his old team-mate to park the bus at Hampden and try to limit Gordon Strachan’s side.

He said: “We have played Scotland a lot in the last ten years or so. Some games have been good, some have been rubbish.

“It’s never an easy place to go and Edgaras will be fully aware of that. He played for Hearts and knows the Scottish game.

“But he won’t just go there to defend. That is not his style. He doesn’t believe in negative football.

“Losing Spalvis to injury wasn’t good for the team but Lithuania’s strength is not down to individuals — it’s the group.

“Our players don’t play for big clubs in big leagues but together they work as a unit and are strong.

“That is what Edgaras is focusing on. He has brought spirit and togetherness to the team and all the signs are positive.

“With a talented generation of players and an aggressive style, there is a lot to be confident about with Lithuania.

“This is a difficult away game and, of course, you have to be careful with your tactics and how you approach the game.

“But Lithuania will have a go against Scotland and look to continue their recent form.” 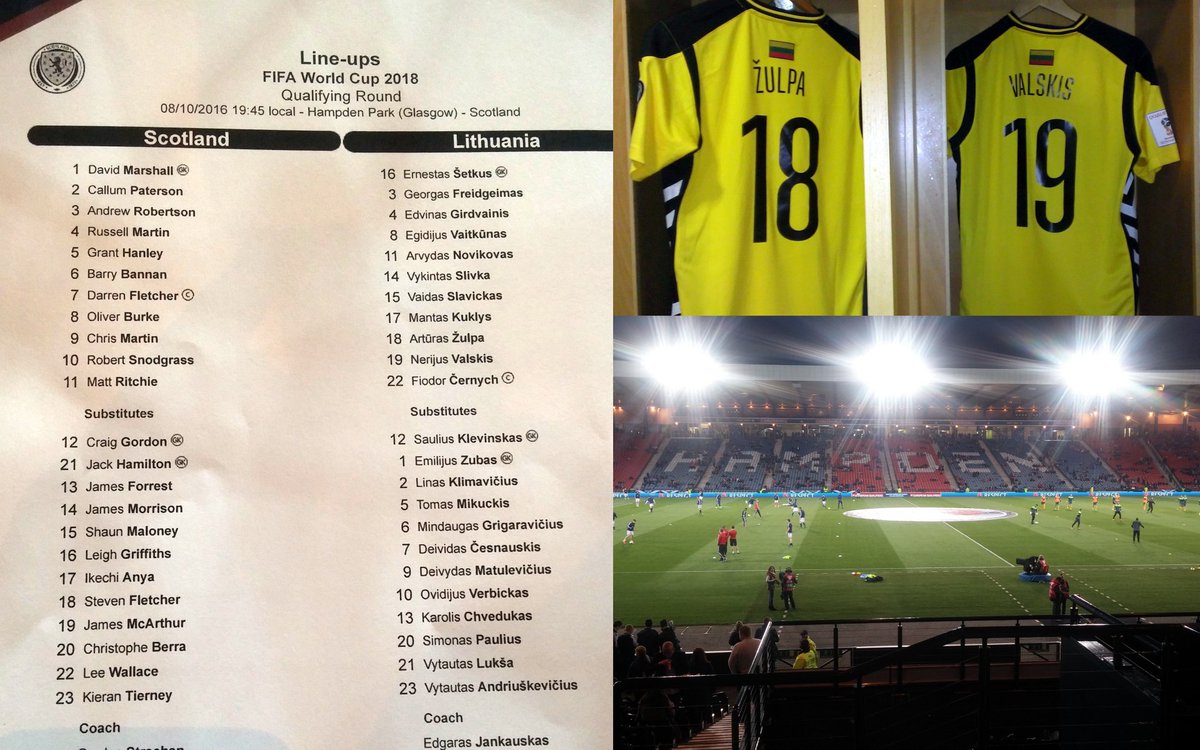